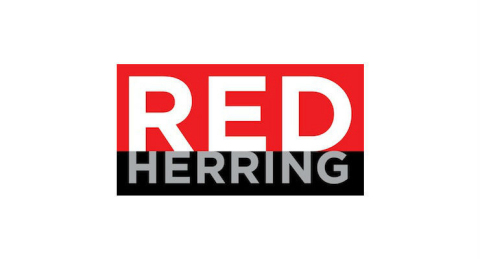 PASADENA, Calif. — MAY 23, 2019 — Sommetrics today announced that they have been named as one of the winners of Red Herring’s 2019 Top 100 North America, recognizing the continent’s most exciting and innovative private technology companies.

The winners, celebrated at a special awards ceremony at the Westin Pasadena hotel, have been chosen from thousands of entrants, whittled down to hundreds making the trip to California. The ceremony, led by Red Herring chairman Alex Vieux, was preceded by two days of keynote speeches, discussions and finalist presentations.

Companies were judged by industry experts, insiders and journalists on a wide variety of criteria including financial performance, innovation, business strategy, and market penetration. Winners ran the gamut of verticals, from FinTech and Marketing to Security, IoT, and many more industries.

Red Herring’s editors have been evaluating the world’s startups and tech companies for over two decades. It gives them the ability to see through the industry’s hype to pick firms that will continue on a trajectory to success. Brands such as Alibaba, Google, Kakao, Skype, Spotify, Twitter and YouTube have all been singled out in Red Herring’s storied history.

“2019’s crop of Top 100 winners has been among our most intriguing yet,” said Vieux. “North America has led the way in tech for so many years, and to see such unique, pioneering entrepreneurs and companies here in California, which is in many ways the heartland of the industry, has been a thrilling experience.

“What has excited me most is to see so many people forging niches in high-tech and cutting edge sectors,” added Vieux. “Some of the technical wizardry and first-rate business models showcased here at the conference has been fantastic to learn about. We believe Sommetrics embodies the drive, skill and passion on which tech thrives. Sommetrics should be proud of its achievement – the competition was incredibly strong.”

“We’re honored to be selected as a Red Herring’s Top 100 North America award winner — one of the technology industry’s most respected prizes,” said Dr. Richard Rose, President, CEO and Chief Medical Officer of Sommetrics. “aerSleep™ is unlike anything on the market today, and it has the potential to bring relief to millions of people who suffer from obstructive sleep apnea. We’re pleased that Red Herring, and the array of industries that it represents, recognizes this opportunity.”

The aerSleep™ system consists of a comfortable silicone collar fitted on the front of the neck which holds the airway open via the application of mild external negative pressure delivered by a quiet, integrated vacuum pump. This system has a number of advantages over conventional sleep apnea therapies in that it is non-invasive, simple to use and maintain, highly portable, and well tolerated by the majority of users. An earlier version of aerSleep has previously received market clearance from Health Canada.

Sommetrics is a privately funded company located in San Diego, California. It is focused on improving sleep quality by providing products and services that deal with disorders of the upper airway such as obstructive sleep apnea (OSA) and snoring. For more information, visit www.sommetrics.com.

Thank you! Please check your email to confirm your subscription.